Virtually everyone loves to use fittings that are easy to use and are not complicated in their features. This is where Sharkbites come in. The ease which Sharkbites provide when two pipes are to be joined together is the reason behind their being sought for.

Although Sharkbites are one of the easiest tools to use for your plumbing jobs, several plumbers feel they possibly cannot be used on all types of pipes. 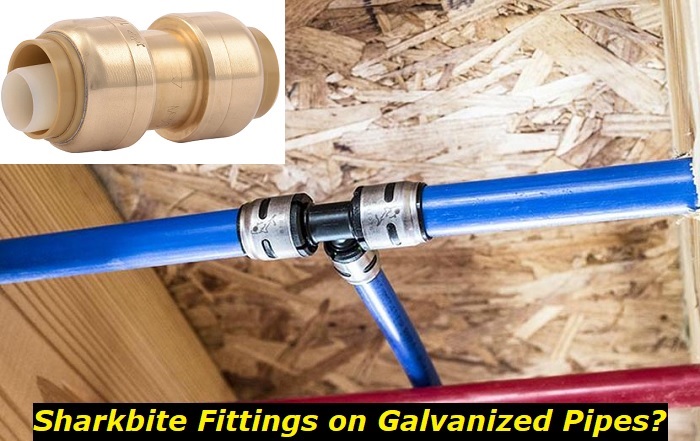 What are SharkBite fittings?

If you refer to a Sharkbite fitting as a Push-to-connect fitting, you’ve made no mistakes as it is another name for it.

Since its introduction in the 2000s, Sharkbites has maintained its competitive position in the plumbing markets. Push-to-connect fittings have been around the corner for a while.

This convenient and reliable fitting is preferred by the majority because of the importance it poses and the fact that it also helps in saving time unlike when the soldering method is used in the joining of your pipes.

Generally, this Push-to-connect fitting works perfectly with some other pipes like the PEX and CPVC, unlike when it is combined with Galvanized pipes.

Just like any fitting, a Sharkbite is basically composed of components that aid it in carrying out its operation with ease and convenience when used in the joints of pipes.

Basically, a Sharkbite comprises three parts that work together as one in the joining of pipes. Listed below are the parts and a brief explanation attached to each part;

This will act as the key component in the joining of your pipes while ensuring that your joined pipes remain affixed to the points to which you attach them.

There is a tendency for your Sharkbite to get rusted due to environmental factors. And you sure know the harmful effects of rust on a material. Not to talk of the material you’ll be connecting to a pipe which will of course be transporting liquids from one point to the other.

Just like its name connotes, the locking mechanism in your Sharkbite will ensure that the other components; Collet and O-ring are properly joined together to prevent the destruction of the joint between any pipe you join.

There is no difficulty whatsoever involved whenever you want to use Sharkbites in the joining of your pipes. No extra tools are required to help you in getting this done.

By attaching the Sharkbite fittings to the ends of the pipes you’d like to join, you’ll carry out the joining of your pipes successfully. Just like that!

For some people who have been into this plumbing game for a while now, they claim based on their experiences that Sharkbites are the go-to fittings for temporary joining jobs to sustain their pipes as a quick fix pending the time they would opt for a permanent joining fitting.

While for some others, they feel that using a Sharkbite fitting is just great even as a permanent fix and there really shouldn’t be any need for looking for another fitting to keep it firm.

Either way, the decision to use your Sharkbite fittings as your final stop or as a temporary fix is yours to make.

Galvanized pipes have been in the market since the 1960s as a replacement for the lead pipes which were commonly used then.

Galvanized pipes are a combination of Steel and Zinc. Normally, steel pipes were generally used until the issue of rusting which led to damage sprang up.

The advent of rusting paved a way for the combination of Steel and Zinc. The Zinc acts as an inhibitor to any form of rust thereby, prolonging the lifespan of the pipes.

Galvanized pipes are preferred for the benefits they pose when compared to other pipes. Some of its benefits are:

When a pipe is very cheap yet with great qualities, you can be sure of it being in high demand by a lot of pipe users. This is the reason galvanized pipes are sought after.

Just as it has been earlier stated, galvanized pipes will give no room for the emergence of corrosion on your pipes because of the Zinc that it is composed of.

Corrosion inhibits lots of materials from being used in certain environments. That is, it takes away limitations as regards the usage of the pipe. Making it to be used in just any area irrespective of the weather.

Corrosion or rusting is the reason why your materials tend to get reduced in their lifespans. And since the issue of rusting is solved here, you can expect it to be long-lasting.

Other benefits are it has a great heat resistance and transferring properties. As well as the fact that it is strong enough to resist impact to an extent.

Why Sharkbites Will Not Work on Galvanized Pipe

As has been earlier stated, Sharkbites are great connecting tools for the joint of pipes because of the ease involved as well as their durability.

But if you’d like to know better from our end and what we feel is the best for your plumbing jobs, we wouldn’t advise that you use Sharkbites on your galvanized pipe for reasons that will be expatiated as you read on.

We believe that you are a long-term kind of person who values the management of resources. If you truly are, then Sharkbites are not the best choice for joining your galvanized pipes because of the fact that Sharkbites joints do not last.

Just like screws and other fasteners which are used as temporary joining tools, Sharkbites are the same. If your goal is long-term, you shouldn’t bother considering using Sharkbites at all.

Using permanent joints like soldering is what we’ll advise you to consider in joining your galvanized pipes and not Sharkbites.

So, if you desire to save yourself from the undue stress attached to repairing the joints of your pipes from time to time as a result of the type of joining tool you use, it will be wise for you to consider soldering as a joining method for your pipe.

Although it may be tasking and it will for sure consume a lot of your time, we feel a permanent joining process is actually worth the time because you’re guaranteed not to go back to make any adjustments at frequent intervals.

If that’s the case, which types of pipes will Sharkbites be suitable for? If this is your question, then we’ve got an answer for you. Pipes like PEX, HDPE, Copper, and some others are perfect fits for Sharkbites.

Sharkbites are great tools for joining pipes like PEX, HDPE, Copper, and so on but are not the best choice for your galvanized pipes.

Galvanized pipes require a permanent joint to stand out and for them to remain long-lasting. If it is your goal to save your resources- time, money, and energy; opting for soldering in the joining of your galvanized pipes will be a great choice for you.

We hope you make a great joint after you follow the tips and instructions carefully explained in this article.

SharkBites are made up of three components which are the O-ring, Collet, and Locking mechanism.

The O-ring is the waterproof component in a Sharkbite that will help in the retention of the lifespan of your Sharkbite when you use it on your pipes. So, yes! Sharkbites are waterproof.

How long can a galvanized pipe last?

Corrosion is a major effect that destroys a lot of materials and if not solved, it shortens the lifespan of the material.

For galvanized pipes, the problem of rust or corrosion has been solved because it is coated with Zinc. For this reason, galvanized pipes last within the range of 85 to 100 years.

Can I Use My Sharkbite Again?

Of course, why not? Sharkbites can be used all over again just like any temporary fastener like screws. Unlike permanent fastening methods or joining methods like soldering which cannot be reused.

And any attempt to remove the joint in the pipes may lead to their utter destruction.

Are Sharkbites Effective on Steel Pipes?

Unlike galvanized pipes, Sharkbites are great connectors in steel pipes. This fast and convenient method of joining is also effective in the joining of pipes like PEX, HDPE, and Copper.

So you do not need to seek any permanent joining method in this case.

Can I fix a shut-off valve in my galvanized pipe? If yes, how?

Attaching a shut-off valve to your galvanized pipe is easy when your pipe shoots out from wherever it is attached.

The way to get this done is by affixing a stop valve in the galvanized pipe and taking away the supply tube to make sure the job is neatly done. 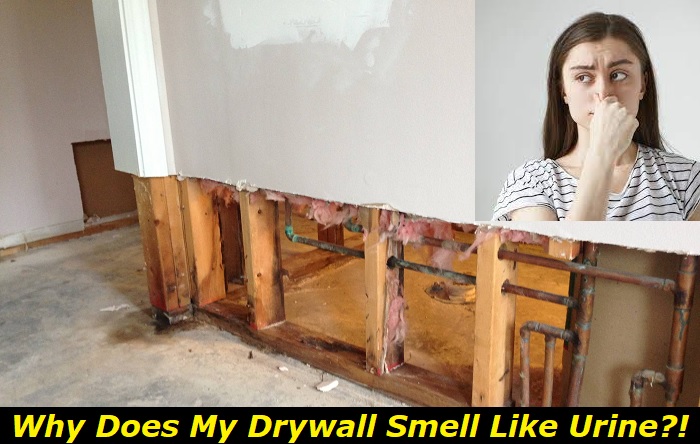 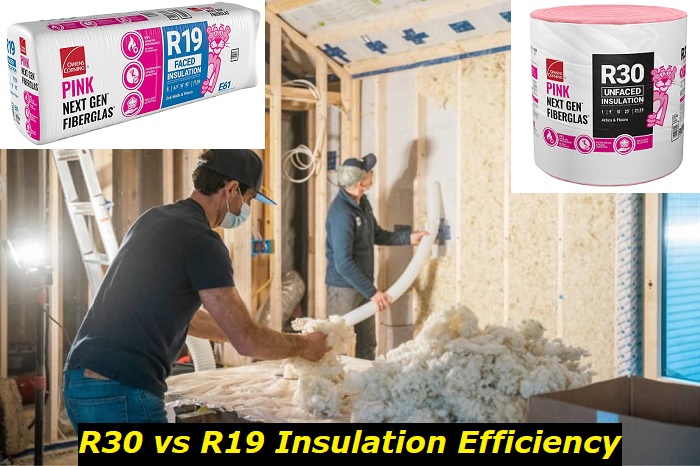 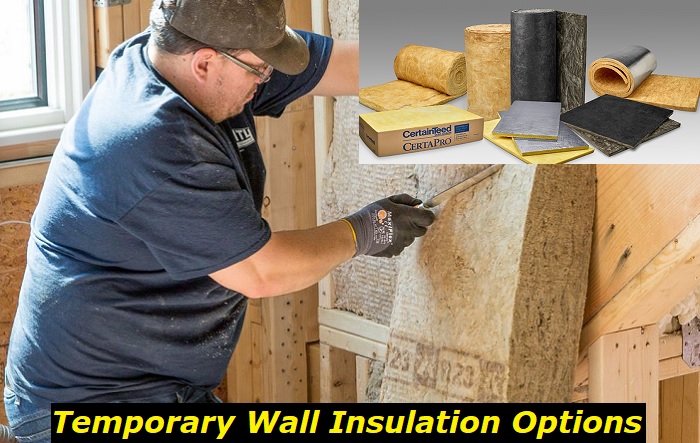 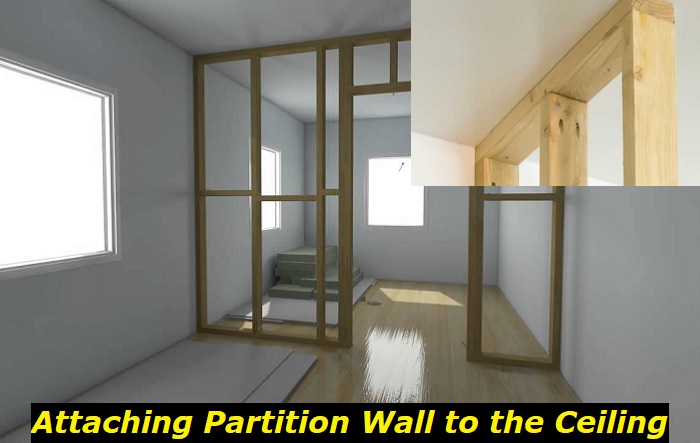